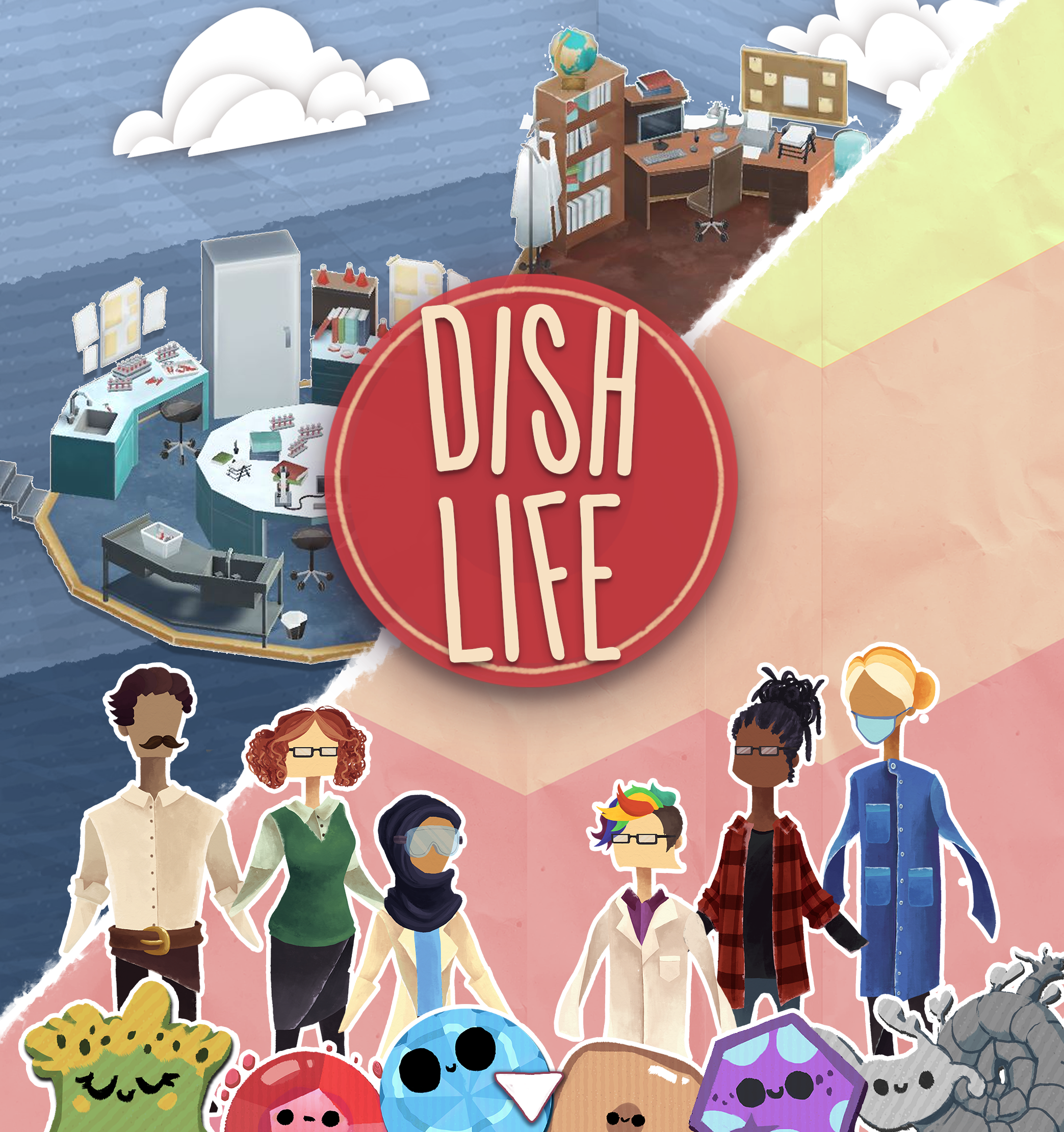 Your very own stem cell lab right in your pocket.

Dish Life: The Game aims to educate and inform players of both the scientific processes of stem cell science as well as address the wider issues and misconceptions that are associated with stem cell research. This game is produced by the Reproductive Sociology Research Group (ReproSoc) and Stem Cell Institute at the University of Cambridge, with the support of the Wellcome Trust and the Economic and Social Research Council.

Live the life of a scientistManage your own stem cell labFeed and look after your stem cellsDeal with real-world dilemmas and challenges that stem cell researchers faceExplore the role of social justice in science practicePlay as a male, female or transgender characterCreate your own unique look for your scientistProgress through the academic career, from student to professorA unique papercraft art styleHave your own lab right into your pocket

Get it now on Android

Get it now on iOS

Get it now on Steam

Dish Life is a documentary short about stem cell scientists' emotional relationship to the cells they grow in the laboratory. As live beings, in vitro cells need constant care - nourishing food, a clean environment and enough space - to flourish. Scientists, in tireless efforts, have to assume the role of parents to keep the cells happy, while the cells at times may act like misbehaving children. Dish Life was written and directed by Chloe Thomas and produced for the University of Cambridge by Karen Jent and Loriana Vitillo for the Cambridge Shorts Series. Since its premiere, the film has been in the official selection and won awards at numerous international film festivals. The film has also been featured by a number of news media outlets, including the New York Times and the Australian Broadcasting Corporation.

Dish Life: The Game is developed by the interdisciplinary team of sociologists and stem cell researchers behind the award-winning documentary Dish Life (2016).

The interdisciplinary Cambridge team, based at the Reproductive Sociology Research Group (ReproSoc) and the Stem Cell Institute of Cambridge University, are now collaborating with Pocket Sized Hands to bring you a unique game in which you can immerse in the life of a stem cell researcher and experience science as a social experience.